So! You've been reading “Either/Or” by Søren Kierkegaard and it's all got you feeling a little bit stumped. Why is he using all these pseudonyms? What's the deal with aesthetics and ethics? And why does Kierkegaard bother to mention that he's built like a small kangaroo?

Lucky for you, I share your concerns, and decided to go find some answers. After sifting through podcasts for shows that talk about Kierkegaard, I am now prepared to rate and review my discoveries.
You're all very welcome.

Episode Review
This was by far the best of the bunch, for a whole lot of reasons. Panpsycast dedicates a full three episodes to Kierkegaard, which gives them the space to engage with everything from formative biographical details to Kierkegaard's “big ideas” in religion and philosophy. Throughout all of it, their approach stayed in keeping with Kierkegaard's own spirit of humor, irony, and inquiry.

By spending time on the man behind the ideas, the hosts help contextualize a lot of his work. The episodes paint a complicated portrait of someone eager to engage with the world, but who couldn't resist his own impulses to challenge it at every turn. There are hints of that person through all of Kierkegaard's writing – it's one of the reasons I enjoy reading him so much – but Panpsycast does a nice job of fleshing him out, adding a deeper dimension to his ideas that help ground them in a greater humanity.

This podcast is also just plain funny. The hosts are British and wry, but I especially appreciated bits like the pop quiz at the end of episode one, “Kirk, Guards, or Kierkegaard,” in which the hosts had to guess whether a quote came from Captain James T. Kirk, the guards from Skyrim, or the philosopher himself. When discussing someone whose name translates roughly to “Serious Graveyard,” a little unbridled silliness goes a long way.


Classical Stuff You Should Know

Podcast Description
“Our aim is to help both educators and laypeople enjoy the classical world as much as they enjoy fine ales and good tales.”

Episode Review
This episode was devoted entirely to “Fear and Trembling,” one of Kierkegaard's most challenging books in the sense that, if you agree with his arguments, you start to feel a nagging concern that you might be in favor of suicide bombers? At the very least, you take a very generous view of filicide.

The book wouldn't be so disturbing if Kierkegaard wasn't quite so convincing in his interpretation of the story of Abraham and Isaac. Kierkegaard complains that too many people treat the moral of this story as “we should all give God our very best.” Instead, he argues, the actual lesson is that faith is beyond reason, and the religious choice may sometimes be directly opposed to the ethical one.

No matter what your beliefs, it's uncomfortable to hear someone make these arguments. But Kierkegaard does in this book what all great writers do – he takes something very familiar, a story you may have first heard in Sunday school, and makes it something new and deeply alien.

Okay, so what about the podcast? Well, it does a pretty good job! I had to write all that preamble to explain why I think Classical Stuff You Should Know struggles a little bit with the material. It's hard to lay out Kierkegaard's arguments without a certain amount of knee-jerking. The hosts do a good job of explaining the material and Kierkegaard's views, but they can't stop themselves from editorializing. As a result, I think they undercut some of his arguments and don't quite do them justice.

Podcast Description
“When I was 4 years old, my dad decided it was time for my intro to philosophy. So he told me, 'Did you know that I get all my ideas at the idea store?' This didn't sit well with me and I kept insisting 'No you don't!' For the next two years, many car rides were spent talking about the idea store. It baffled my little mind but I kept trying to reason with him the best that I could. At age 6, I found the solution. 'You can't see and touch ideas. You can only buy things you can see and touch. Ideas are different.' My dad was ecstatic. He had just taught his daughter the basics of metaphysics.”

Episode Review
As the description above lays out, the format of this show is a father and daughter talking about philosophy. This particular episode was only twenty minutes long, so it doesn't really have enough time to go very deep. The analysis stays pretty light, and I thought both hosts were a bit harsh on poor old Søren, so I probably wouldn't recommend this as someone's first introduction to Kierkegaard.

However: If you had a certain type of father, the kind who will stay up arguing ideas with you until 2 in the morning just for the sake of debate, then this show will feel very cozy. Having grown up with a dad whose beliefs were very hard to pin down – no matter what position I took, he'd vigorously argue the opposite side – this podcast made me feel right at home. For that, it gets a few bonus points.

Description
“This channel is dedicated to the distribution of ideas so that they be made accessible to anyone.”

Review
Unlike the podcasts above, Theory & Philosophy is a solo show, scripted and produced by one-man-band David Guignion. The episode I listened to was on “The Sickness Unto Death,” although Guignion had previously discussed “The Concept of Anxiety” as well.

Technically, I think Kierkegaard and Guignion both would have preferred I start with “Anxiety” and end with “Death” (way ahead of you, guys), but I read “Death” on its own and thought it stood up just fine. Still, the back half of that book got pretty dense, so I was more than happy to have someone as smart as Guignion explain it to me.

And he does a great job! Guignion breaks down Kierkegaard's concepts and jargon into digestible pieces and parts so that I came away from this episode with a fuller understanding of the text. I'll keep Guignion in mind when I finally get around to reading “Anxiety."

The one bummer is that Guignion doesn't seem especially fond of Kierkegaard. After finishing his explanation of “The Sickness Unto Death,” he makes it pretty clear that he's had quite enough Kierkegaard on his podcast, thank you. And I get it – he's not everyone's cup of tea. But Guignion does such a nice job explaining things that I hope he changes his mind.

Review
Meh. This was fine? Maybe they suffered a little from the fact they came late in my playlist, but there wasn't a lot here to latch on to. The discussion of Kierkegaard and philosophy stayed pretty shallow, with the hosts seeming much more interested in talking about comedians and comedy. But if you like your philosophical discussion peppered with bong rips, this one might be right up your alley.

Description
“In pursuit of meaning.”

Review
This podcast is ten minutes long. At minute three, I checked the time to see how much was left.

Look, podcasts are like any other kind of media: they can be made well, or they can be made really poorly. This one sounded like it was recorded in a bathroom made out of Campbell's soup cans, with a non-stop plinking piano track in the background that was loud enough to be grating but too quiet to add to the mood. I have no idea what this guy thinks about Kierkegaard because I was too irritated by every aspect of this podcast's production to pay much attention. 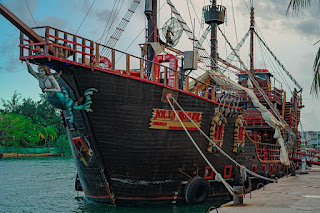