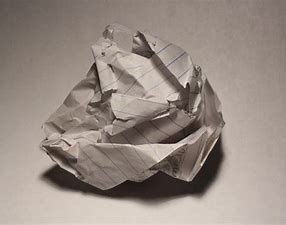 In my senior year of high school, I only applied for a scholarship once. I wasn't what you'd call a great student. My four-year GPA was mediocre at best. Any hope that the SAT might reveal some untapped natural genius was dashed once I actually took it. And the one class I did pretty well in, AP English, was too little, too late to resuscitate my academic career.
I tried searching online, just in case some eccentric billionaire had set up a fund for middling students from the Midwest, but the results were mostly discouraging.

Still, that AP English class did a number on me – it showed me firsthand how the right instructor can shape even the most unpromising clay. So deeply did I love the class that it began to feel like direction. Maybe, if I became a teacher, I could help other students feel the same way.

As luck would have it, a couple teachers at my school had gotten together to fund a $200 scholarship for future educators. It wasn't much – just enough to pay for 2/7ths of a textbook – but if I could win that scholarship it would prove I was headed down the right path. It would mean I'd figured things out.

I completed the application, sat through interviews with the scholarship sponsors, and then waited until Academic Honors Night. That was when the school awarded its own scholarships, including the one I'd applied for, with a ceremony based on the Oscars. No one knew in advance who had won. We had to wait until a presenter opened the envelope and announced from there on the stage.

When the night arrived, I didn't tell anyone in my family I was going, let alone that I was up for a scholarship. I wanted to be cool and casual about it – I figured I'd come home with the certificate and leave it on the kitchen table for my parents to find.

Oh, that thing? I would remark over breakfast, as my parents marveled at my award. Just a little something I won at Academic Honors Night. Didn't I tell you? It must have slipped right out of my mind.

I got to the school and found a seat in the back of the auditorium, where I impatiently flipped through the program. Once the awards started, I could see how it flowed: I wouldn't be asked for a speech, but I would shake a few hands, smile, graciously acknowledge the crowd. Maybe I could find out who I'd beaten, then offer them words of encouragement. It's a shame we can't all win. I think you're very deserving.

Finally, after forty minutes, my category was up: The Future Educators' Award for a Graduating Senior. My speech coach, who I knew for a fact adored me and was one of the interviewers during the applicant process, approached the podium. The twinkle in her eye confirmed what I already knew: She was pleased as punch to personally deliver my $200.

“Tonight, we're very pleased to award this scholarship,” she said, leaning into the microphone, “to our very own Ashley Krulinski.”

I sat there stunned in the dark auditorium, watching as Ashley walked into the light of the stage to accept her award. I would learn, much later, that she'd spent all four years of high school tutoring students, far more hours spent volunteering than I'd ever worked for a paycheck. I couldn't argue she didn't deserve it.

But as I left the auditorium that night, never to speak a word about it to anyone, it felt as though I had failed some crucial referendum. Not on whether I deserved $200, but on who I was as a person. That, I knew, was the real reason I didn't tell anyone I was going. The only thing worse than leaving a failure would be to leave as a failure with witnesses.

*
So many of our failures happen alone. Quiet and unremarked, barely a ripple in the status quo of our lives. It feels inside out. Because while your circumstances may not have changed, in one way or another the failure's changed you. Is it better or worse if nobody sees?

I started this year with a finished novel manuscript. It's not the first time I've finished a book, but it's the first time I thought, “I'm ready to look for a publisher,” rather than, “Well, I guess that was good practice.” I also started the year with some new writing goals. I wanted to submit more, write more, improve how I managed my time. I also wanted to get more rejections.

"One hundred" was the number I landed on, thanks in part to an article that posed a hundred rejections as a significant milestone. You have to work pretty hard to get your ass kicked that many times, and I wanted to work hard. I also wanted the inevitable byproduct of racking up that many failures, which is the thick skin that comes with rejection becoming a standard part of your day.

By my tally, I'm on track to hit a hundred by the end of the year. To date I've received 58 rejections on my novel, and another 36 on various short stories. Given that I've still got 48 active submissions waiting for a response, I feel pretty confident that I'll hit my goal. And you know what? Rejection still fuckin sucks!

How did this catch me off guard? Why did I think by the end of the year it wouldn't faze me anymore? Have I ever met me? I don't get over things! That's my whole schtick!

So at the start of last week I was beat. A rejection arrived in my inbox on Monday and I just thought, What the fuck am I doing? Why do I keep sending queries? Why not just invite strangers to hit me in the face with a shovel, if I'm feeling so masochistic?

It's a funny thing – no matter how many times these thoughts come around to gnaw at your edges, it always somehow feels new. Yet any writer with the least bit of self awareness knows you have to keep some kind of lid on it. I'm getting rejected at least twice a week, and believe me, no one in my life needs to hear my thoughts every single time. I don't even want to hear my thoughts, I just don't have a choice.

I've written before on this blog about her essay Glittering Icons, Lush Orchards: On Success. I actually read it for the first time at the start of this year, so it's fitting that I'm circling back as this year starts to wind down. What stands out to me now is not the same as what stood out to me then. Like this paragraph, which now jumps off the page:

What did I expect from that $200 scholarship? Surely not that it would mean anything tangible for my college career. But as a symbol of success and validation, yes – on the other side of that, everything would be different. My poor grades and academic frustration wouldn't mean quite so much, because I would be setting sail toward a bright new horizon. Where I had been bad, now I would be good, marked by that small first success.

Sometimes you fail and the world still goes on and yet, somehow, you are changed. Losing that scholarship was not the end of anything, because the spark I found in those English classes wasn't really about teaching. The real spark, the one I would fan into flame, was a deeper, more critical love of the language. Of reading and writing and thinking. Of how a certain kind of study and close observation can unlock things you never knew were there.

It would take me years to understand that writing, in itself, was enough. That it could be a career and a calling, that I could write as a job during the day and write as a passion at night, and that I would find both of these things deeply rewarding.

All those years that Ashley was tutoring her students, I wasn't thinking about teaching – I spent those same years writing. Obsessively, joyfully, relentlessly, even at the expense of my grades. I never wondered where it might lead because I didn't see how it mattered. Jobs were what you did to make money so you could survive to do what you loved. That's what I believed, and surely that's what my speech coach heard when she interviewed me about that scholarship.

Our failures teach us things. Although I majored in English Education, it never became my career. What I kept going back to, no matter how futile it seemed, was the fact I was desperate to write.

When I remember this, the rejections don't sting quite as much. They're no longer the demarcating line of the “force field in which everything counts.” Instead, they're only posing a question: “Are you sure you still want to do this?”

And a hundred times or a thousand, I'll answer exactly the same.
at November 07, 2021

We're in the process of moving. It's going to take us a while, but as a part of all that I've spent the last few weekends trying...